Checked Google maps and planned the route – Decided NOT to go just on the Motorway – This wasn’t about cost so much as we wanted an interesting trip that went through a few well known local towns. Well it was pretty interesting :-) 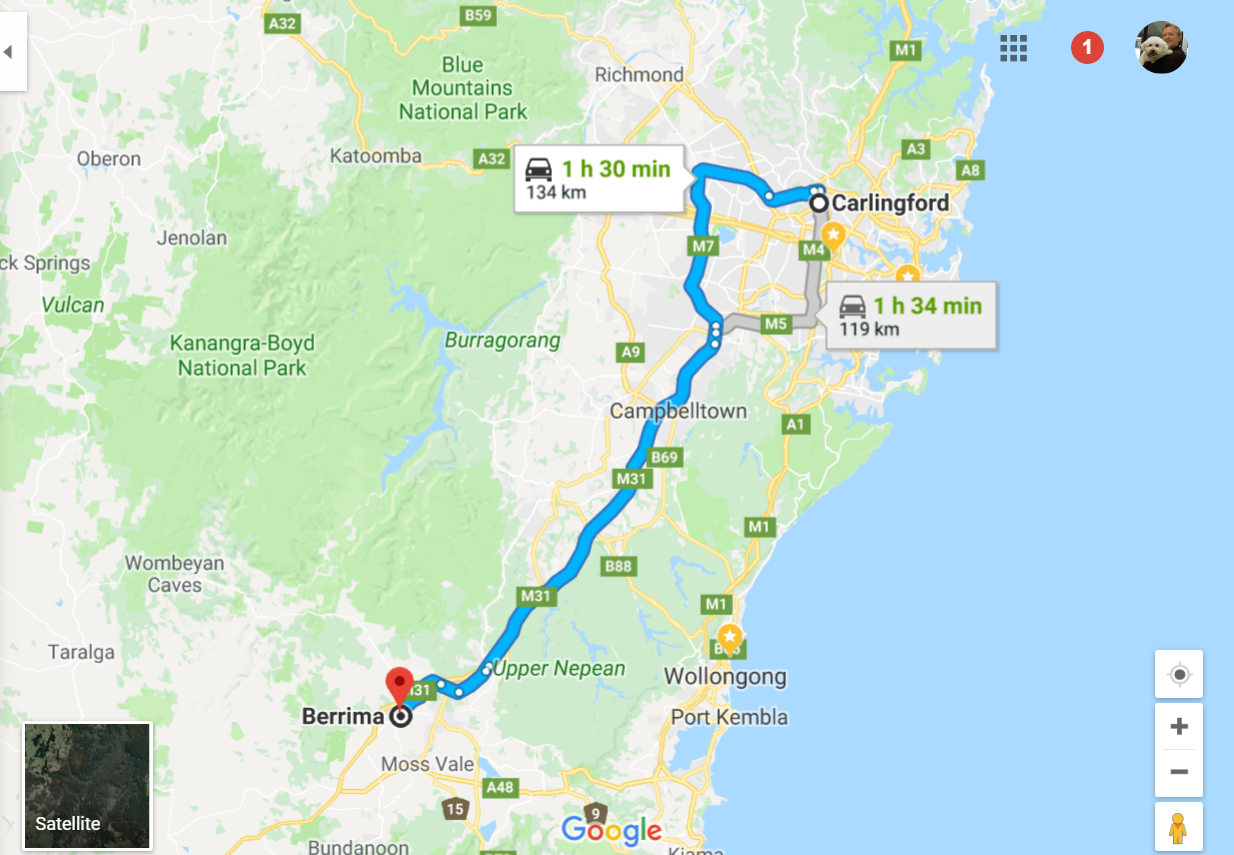 Of course as any good navigator knows it’s important to;
(a) make yourself reasonably familiar with the journey before leaving

(b) put the correct name of the town into the system.

Bowral – Berrima… they sound the same don’t they?... well that’s exactly what happened – Bowral became Berrima… the two towns are pretty close… but the trip there was err… interesting – to say the least.

Basically what should have been roughly a 1hr:45min trip towing our van ended up being about 3hours! Yep..THREE HOURS of "take the next exit" to...

So for anyone who knows the area, from our home in Carlingford we did the back streets finally emerging around Wetherill Park/Bossley Park and on to the M7 via Narellan and the Old Hume Highway - Perfect (Brian thought!) No busy highway. 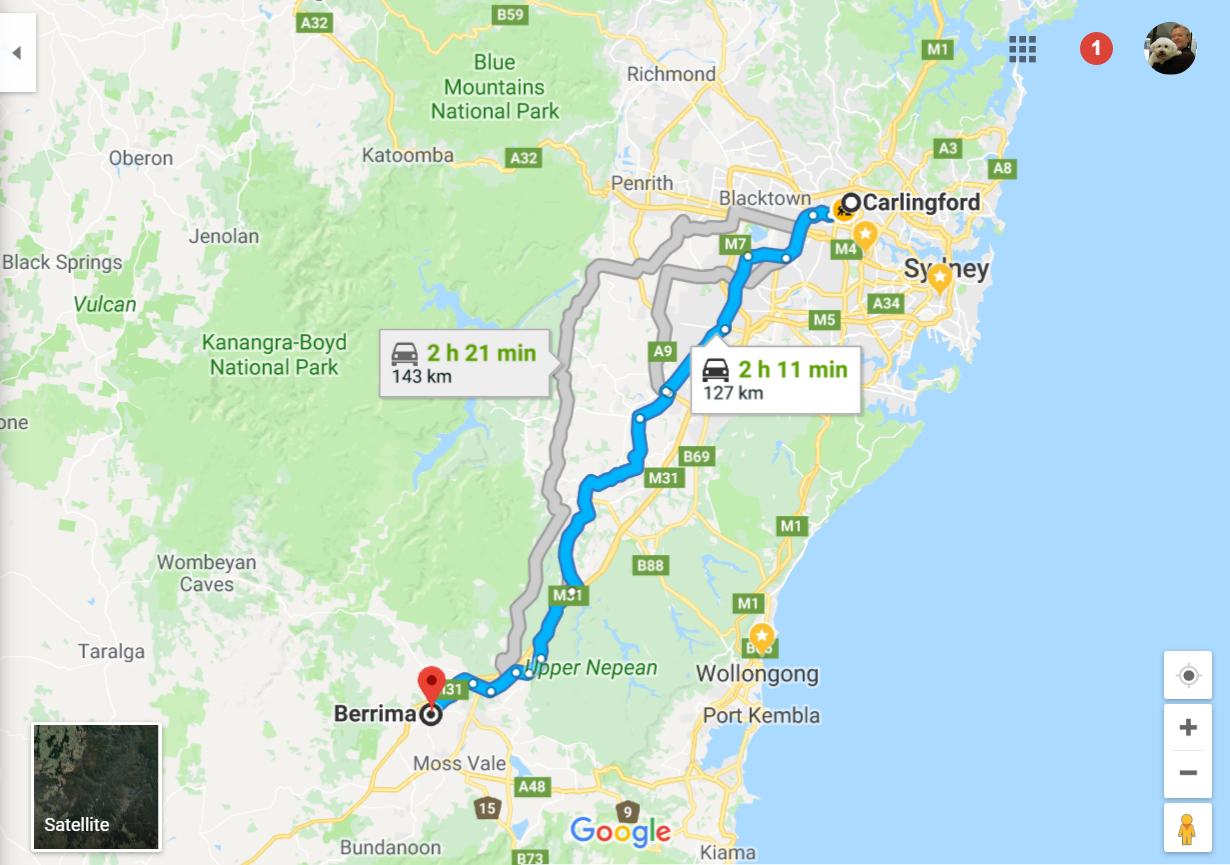 WRONG ... Oh so wrong.... For some reason Google maps thought we might like a quick tour of Tahmoor, then Bargo followed by Yanderra  emerging on to the Hume Highway then the M31 for a few Km's then off again on a guided tour of Breamar, Balaclava and Mittagong finally emerging in Berrima!...

Bowral?... did you say Bowral? We thought it was Berrima - DOH!!!
Anyway the two towns are only 15mins apart so we finally made it.

Looking on the positive side of this trip - at least we got to see some small towns we've never been to before and that we're never likely to see again, plus it was a great shakedown trip towing over some hills and very dodgy roads.

THE RETURN TRIP...
The party was a great success and everyone loved touring our van – we think they might have been a bit envious too of the freedom it offers!....

We decided to spend Sunday night at the Mittagong Caravan Park – 2017 Winners of Award of Excellence Caravan Park .

Clean, friendly although a little tight on some of the powered sites for larger vans but certainly a place we would go back to if exploring the Southern Highlands again – which we’ll no doubt do!

Meantime the trip back was fast and uneventful via the M31 motorway but constantly amazed how there aren’t more accidents with trucks travelling so fast and so close behind cars doing the speed limit.

We just drop back and stay away from all that nonsense.