Even though the title of this post might sound a bit 'rough' surprisingly 'cheap' doesn't have to mean gross!

For many people 'having a drink' is just that. A chance to relax, enjoy some 'chill time' either eating dinner, maybe reading, writing, chatting by the fireside or yes... even watching TV!

And whether you buy wine by price, brand or taste, as long as YOU enjoy what you are drinking and of course, drink it 'responsibly' then that's all that matters right?

In fact a well known 'wine collector' once said to us... "you really can't buy a bad bottle of (red) wine in Australia" - we were never quite sure if that was the case for whites though.

So what's the difference between a 'cheap' wine and an 'expensive' wine and does it really matter? 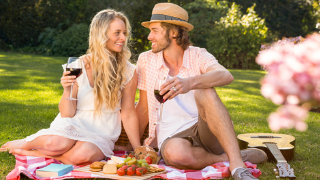 That means they encourage you to visit the store to check out their lower priced or 'On Special' items. The basic idea is that you may or may not buy those items but they at least got you into their store and more than likely you will 'buy something'.

For some time we have been working from home. But even when travelling or if we're on holidays, the pressure is not so high than perhaps someone working 9 to 5 and commuting to and from work and so we (like many others) will often start 'relaxing' earlier in the day.

Now that doesn't mean getting tanked by any means - in fact we have a personal policy of at least one of us being able to drive at any time day or night!

But by starting to 'relax' earlier in the day usually means over (say) a week, we'll probably drink more wine than someone who has just a glass or two with dinner.

So the point here is that anyone who has that lifestyle will spend more on wine - especially if they have a favourite bottle costing $15-$25+ than someone spending just $2.99 - $5 a bottle.

IS THERE A TASTE DIFFERENCE? 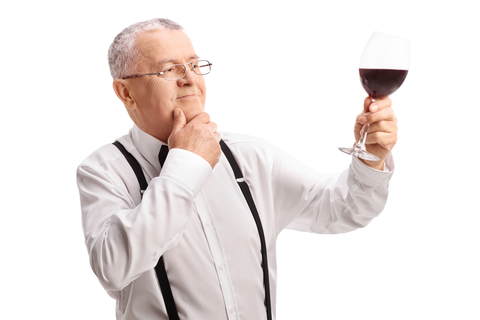 Hell yea!... but just like changing brands of coffee, tea or bread... it doesn't take too long to adapt.

We were surprised to see that in Australia, you can actually buy wine from the $2.99 bottle of Bowlers RUN mentioned above to $500+ (and yes you guessed it... some of the Penfolds wines are in this price-range!).

And despite being about the same alcohol content as the more expensive wines, it's a lot 'softer' on the palate and interestingly enough we don't seem to get quite as 'relaxed' as with say a more expensive bottle.

GOOD, BAD OR INDIFFERENT?
$2.99 bottles of wine wouldn't keep selling as fast as they do if they were - excuse the expression... Total crap!

Sure, they may not be to a wine sommelier's fine tastes, but they are drinkable and have the power to free up a few more dollars a week for other stuff... like dark chocolate :-) 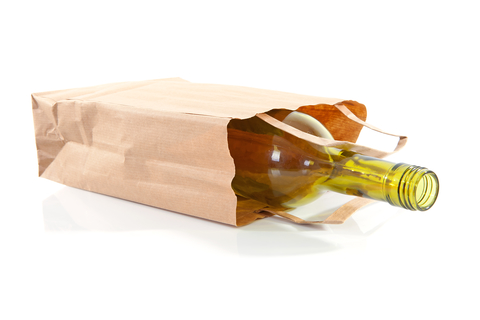 THE BLIND TASTE TEST X 2
Some years ago a friend - a well known sommelier - 'tested' a number of people at a picnic. She was renown for supplying really nice (& expensive!) wines at every gathering and wondered if the 'oh daarrling this is fabulous' set were only there for her wine selections rather than friendship generally.

She proved the point (rather sadly) by pouring some (brand a) cask wine into a bottle and wrapping it in a brown paper bag. She had a second bottle of (brand b) cask wine in a second paper bag.

Maybe they didn't want to offend, but really... if you tasted something you DIDN'T like wouldn't the right thing to do be telling the truth? 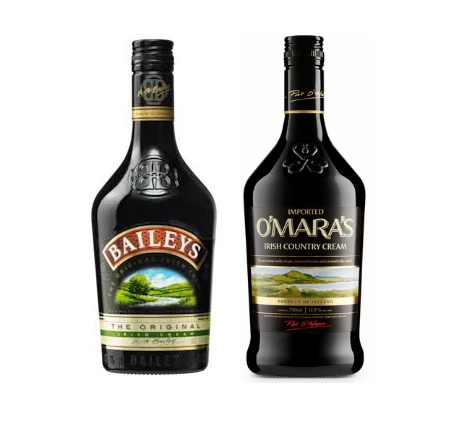 We recently had a friend over for dinner. He brought a bottle Baileys*(thanks!!) - approx $37

As a way of sampling 'alternatives' to the real thing, we had a bottle of Omara's* - approx $15

As he had to drive home we didn't have a lot to drink over dinner, saving the moment for some 'post dinner 'snifters'!

So we thought it would be fun to do some A/B testing...

Long story short - despite the Baileys normally being HIS favourite, he actually preferred the cheaper one after we did some blind testing.

* No, we have not been paid to mention these brands